History of Orlando Florida: 10 Facts You Should Know

A Brief Look into the History of Orlando, Florida: 10 Facts You Should Know 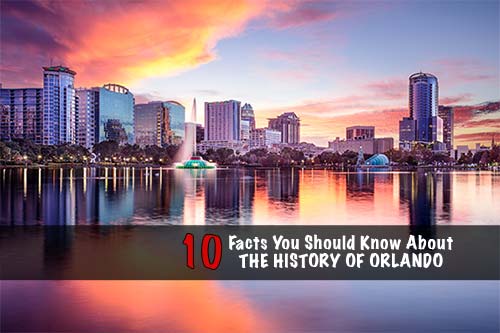 Orlando is such a livable city, but before you make the move, you should learn more about the history of Orlando Florida.

A Brief Look into the History of Orlando, Florida: 10 Awesome Facts

When you think of Orlando, you might only think of theme parks and palm trees.

But there's a lot more to this Florida landmark than you may realize.

Orlando has a rich history going back to it's mid-1800's founding. So if you are thinking it's all just Mickey Mouse and long lines for rides, you're missing out!

In this post, we'll go over some of the storied history of Orlando, Florida, as well as some fun facts about Orlando that may surprise you.

You'll get a better sense of what an interesting city Orlando is, and why it's more than just a theme park hub!

There is a huge amount of debate as to how Orlando got its name. Here are a few of the theories.

Two of them involved a man named James Speer, who was a local politician and judge in the area that became Orlando. Some people claim he named the town after a man who worked for him, named Orlando.

But others say that Speer was a big fan of the Shakespeare play, "As You Like It" and named the city after the character, Orlando.

Another story tells of a traveler named Orlando who was passing by nearby Tampa, Florida, with his herd of oxen. He became ill and died there, and after the local buried him, they would refer to the spot as "There lies Orlando."

Yet another story tells of a man, Orlando Reeves, who lived slightly north of the area. He apparently carved his name into a tree nearby, and settlers who came later assumed it was his grave.

When the Seminole War started years later, the area surrounding the tree got the nickname "Orlando's Grave" or sometimes just "Orlando."

Judge James Speer isn't just rumored to have named the area. He also cheated his way into getting Orlando named Orange County's seat.

There was an election in 1856 to choose the seat, and Apopka was considered the favorite since it was close to navigable waters.

But Speer wasn't having it. On the day of the election, he threw a picnic for a bunch of militiamen from Sumter County. While giving them free food, he asked them to vote for Fort Gatlin as the county seat.

And when an Alabama man, who owned nearby land, offered up some of it for a courthouse, the decision was sealed. The seat was moved from Fort Gatlin to Orlando.

The famous Dr. Phillip Phillips is a name Orlando residents know well. There's an area of Orlando named after him, as well as a Performing Arts Center.

But what most people don't know is that he wasn't actually a doctor! He was certainly a philanthropist, an innovator in the field of citrus growth, and more.

But there's no record of him ever becoming a doctor, even though he insisted on being called Dr. Phillips.

In the post-WWII era, the US Government looked for a suitable place to test DDT on large swaths of agriculture to see if it would kill all the harmful pests.

They chose Orlando, and sprayed 14,000 cows with it. After it successfully killed all the horn flies and roaches, Orlando officials got excited. They asked for a huge supply of it to spray in restaurants, hoping to kills mosquitoes and other bugs.

Before long, trucks were driving around town, spraying it everywhere!

5. A Cross Between What?

The University of Central Florida had, for a very brief time, a fairly embarrassing mascot: The Citronaut.

You're probably wondering what that is. You're not alone. It's a made up character that's a cross between an astronaut and an orange. Yup, you read that right.

Fortunately, they came to their senses and abandoned the mascot quickly.

View homes for sale near UCF

Disney certainly set a high bar when it comes to theme parks. But that didn't stop other ones from trying!

There have been many imitators over the years, and most of them didn't stay open long. Or never even opened at all.

The first person to settle permanently in the area was Andrew Jernigan. He arrived in 1842, after the Seminole War. Of course, he wasn't actually the first settler, since the Seminole Indians had been there for a long time prior.

But after they were driven out after the way, Jernigan and his family settled in the area.

He became a state representative but got into trouble in 1859. After he was involved in a deadly brawl and was a murder suspect, he was sent to jail. But he escaped twice, and ultimately fled to Texas.

He waited 25 years before returning and had been all but forgotten by then.

Orlando was actually part of Mosquito County. In fact, most of central Florida was a part of the behemoth insect-named county.

But this was before Florida was a state. In 1845 it got statehood, and Mosquito County was split into several other counties. That included Orange County, where Orlando is.

But the name had its stigma. For years afterward, the land was sold in the Orlando area with the promise of 'no insects.'

Orlando has had several mottos over the years. It started out as "The Phenomenal City" and then shifted to "The City Beautiful".

There was a contest to rename it in 1900, and the winner was "The Magic City". That name beat out "The Queen City" and "The Picturesque City."

At one point in the 1960's they tried "Action Center of Florida" but it never quite caught on with the locals.

Lake Eola is famously home to some gorgeous swans. But people might not know they are actually courtesy of an English delivery.

Charles Lord moved from England in 1895, and he was so fond of the way the swans looked on the Thames River in London that he decided he'd mirror that in Orlando.

He struck a deal with the city and they paid to have four swans shipped directly to Lake Eola. And their descendants have been swimming in there since!

So next time you visit there or consider buying a condo in this flourishing area, you'll be able to share your knowledge with everyone around!

If you have any questions, or want more info, contact us today!

Where is the best place to buy a house - and why? Location really matters! This article looks at crime rates, schools, ...

Read More
Posted by Brady Pevehouse on May 7, 2019 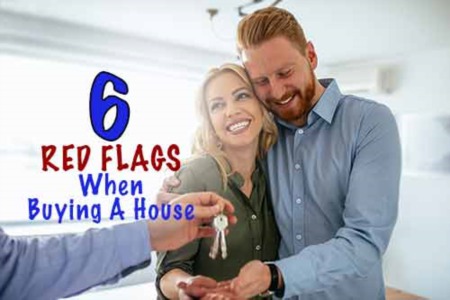 6 Red Flags to Look for When Buying a House