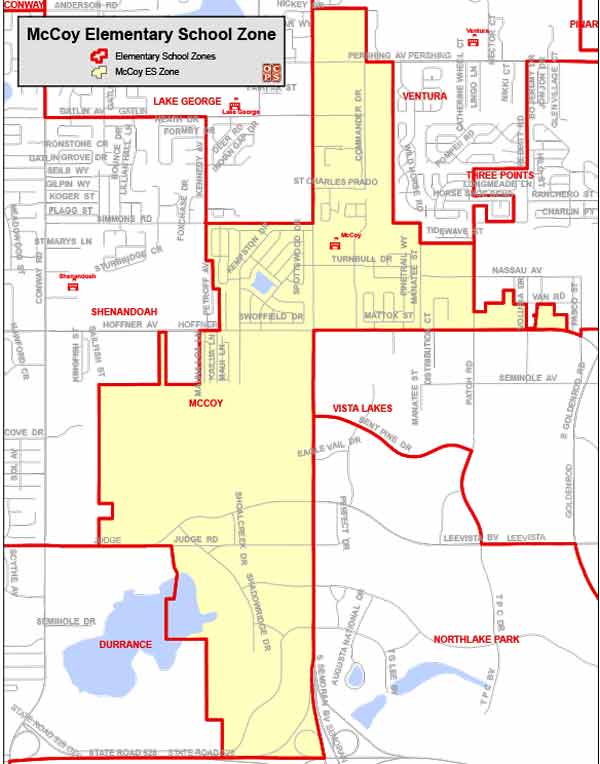 Searching for a home within the McCoy Elementary School Zone? Then you are in the right place!  We work hard to make your next home search easy and efficient, so that when you are ready to buy or sell, we are ready to help!

McCoy Elementary School History and Information: Michael McCoy Elementary was built in 1965 and is located in the Southeast Orlando area, approximately three miles away from the Orlando International Airport. The school was named in honor of Michael McCoy, a distinguished Colonel in the United States Air Force.  In recognition of Colonel Michael McCoy, the school bears a jet as its mascot.   In 2000, the original school building was torn down and a newly constructed and more modern 2-story building replaced it. Michael McCoy Elementary continues to be neighborhood school that serves nearly 700 students, kindergarten through fifth grade.